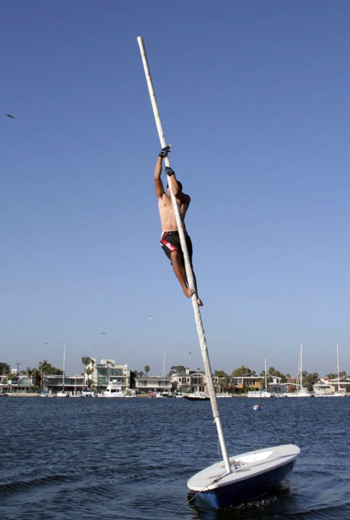 One of the most entertaining and memorable events on the club’s summer schedule is our “anti-regatta,” the Weasel Cup.

Weasel Cup is a full day competition made up of several individual and team races. It rewards the bizarre and unorthodox skills of sailing that you won’t find in traditional race events. Events normally include:

In 2014, the club held the first ever “Hippie Cup,” a Spring preview for Weasel Cup. The event was held in honor of our former club commodore Jeff “Hippie” Freed, who graduated CSULB in May and immediately began a 4-month hike of the Pacific Crest Trail from Mexico to Canada.